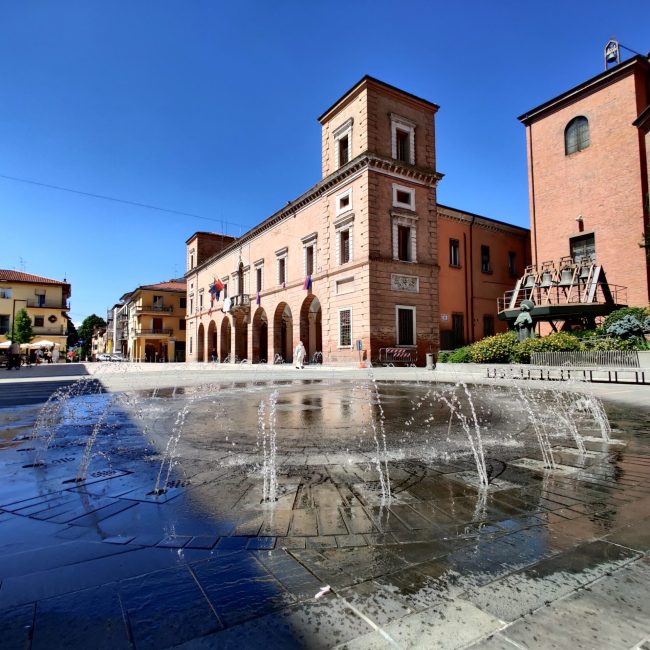 Located along the Via Emilia, halfway between Faenza and Imola, Castel Bolognese is an important agricultural and industrial town founded by Bologna in 1389. In fact, it was an outpost built to defend Bologna territories, and was under control of the city until the end of the XVII Century. The original city walls were partly destroyed in 1501 by Cesare Borgia, known as Il Valentino, but were immediately rebuilt. Little or nothing of the old walls remain, except for a few tracts of walls, some towers and vague traces of the recently rebuilt ancient fortress. The archaeological material found in the municipal territory is housed in the “Umberto I Municipal Museum”. This structure also is home to the Pinacoteca where it is possible to admire the works of many Castellan artists. Castel Bolognese for many years has welcomed among its squares, streets and avenues some important sculptures by Angelo Biancini, creating an open air museum dedicated to the important sculptor from this town. About 2 km from the center of Castel Bolognese is the Scodellino Mill, the last standing example of a series of mills built in the 1400s along the canal from which they got their name. For further information, visit the […] 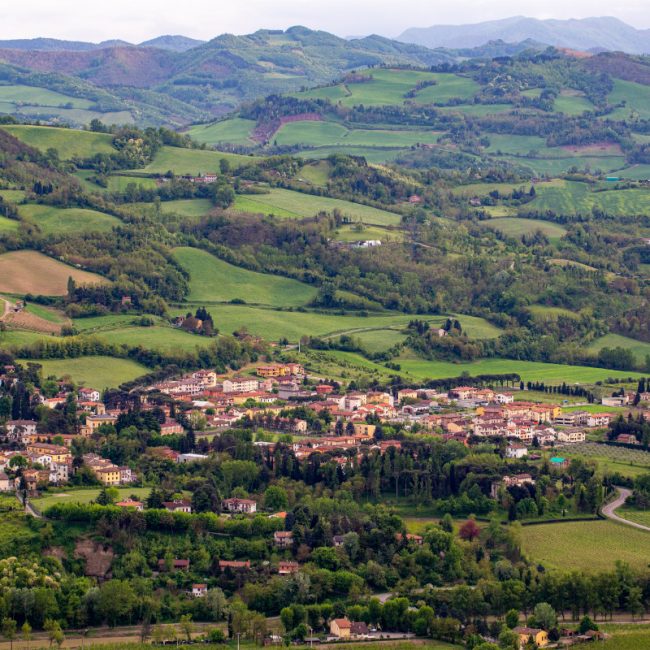 Borgo Tossignano, founded in 1198, is situated in the Santerno Valley, surrounded by Gypsum Vein Regional Park. 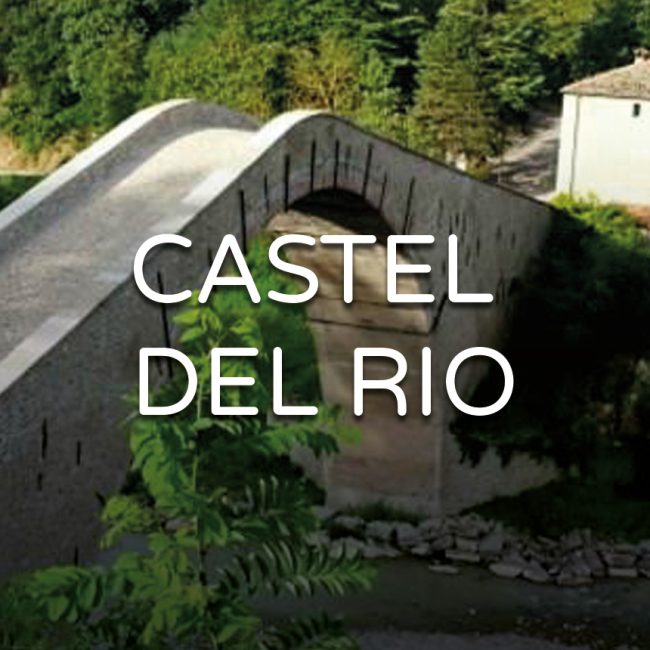 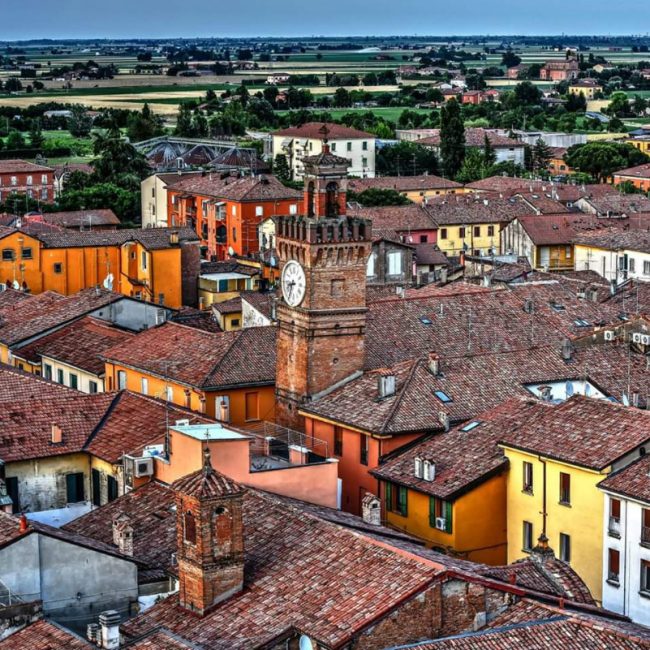 Medicina is a town founded during the Bronze Age and is located in the plain east of Bologna on the border with the province of Ravenna. 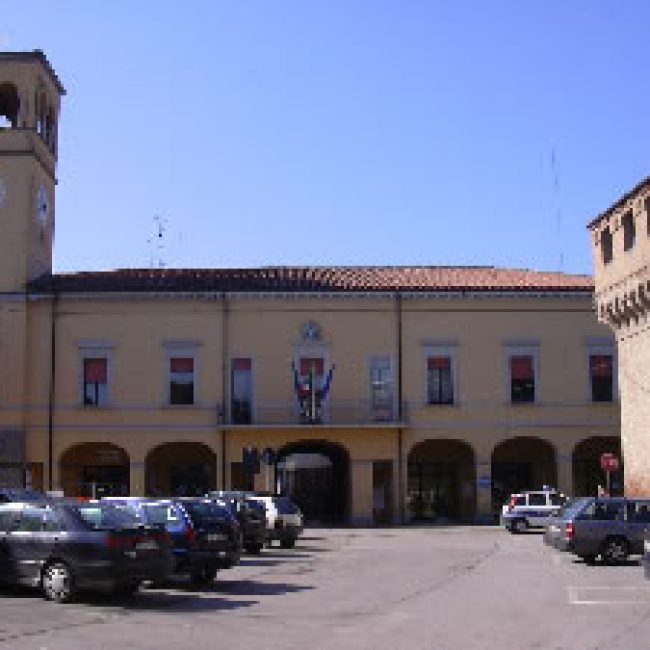 Solarolo is located in Romagna plain, between the rivers Senio and Santerno. 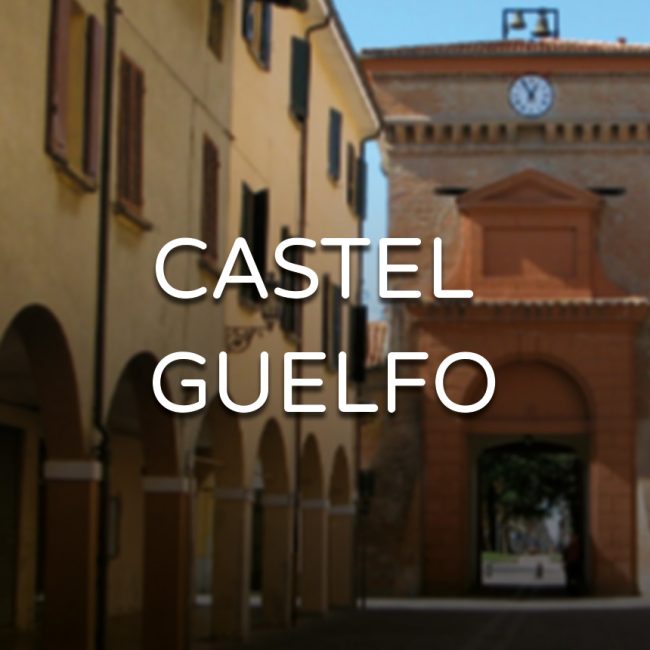 Castel Guelfo is located in the Bologna flatland, a few km away from Castel San Pietro Terme (10km) and Imola (13km). Why visit it  A medieval borgo wanted by Bologna, in a moment in history when Bologna the Guelph and Imola Ghibelline were fighting for the possession of this border area. The historical center still reflects the late-medieval structure. The access to the triangular square is through walls and towers. Do not miss Walking along the main street are historical buildings, such as Malvezzi-Hercolani Palace, with a precious courtyard and double portico, and Cassero, the original gate to enter the town. Main events On the last weekend of June “Sagra del Vino e della Ciambella” (Cake and Wine festival) enlivens the city with events and food stands. Do not miss out on the typical local delicacies. For further information, visit the website. 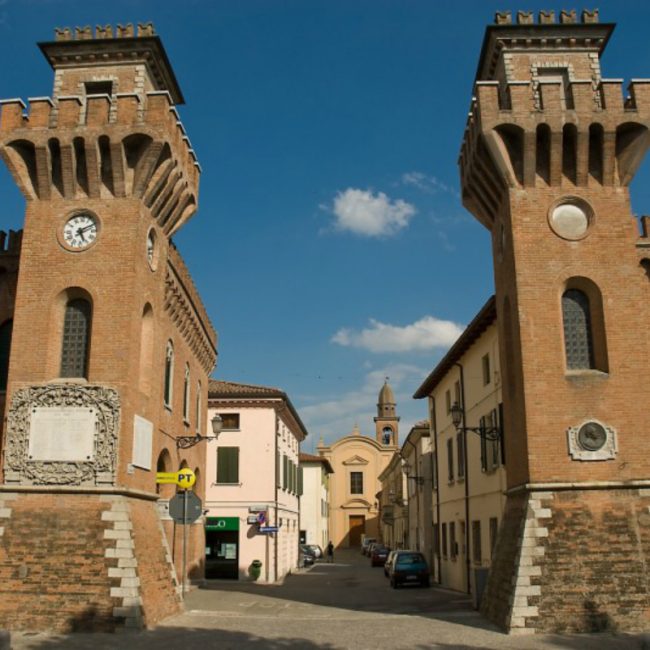 The ancient town of Moretano, today called Mordano, is located in the Eastern flatland of Bologna. Amongst the rows of grape vines and peach trees there are a number of important buildings displaying typical features of rural Romagna architecture. Why visit it Two twin towers stand at the entrance of the fortified center of Mordano. The towers were built at the end of the 1800s, in the place of an even older gate, inspired by the Venetian Arsenale. When to go and what to see The most important event is the Agricultural Fair/District Contest at the end of May. Do not miss In Bubano, one of the town disctricts, a defensive tower has been standing strong since the 15th century, built by the Sforza family. Today the building hosts a museum dedicated to the history and culture of this land. Keep fit The territory of Mordano/Imola/Casalfiumanese/Borgo Tossignano/Fontanelice/Castel del Rio is crossed by Santerno Valley Cycling Path: a scenic bike ride for any kind of cycling tourist who wishes to be surrounded by nature. Santerno Valley Cycling Path is a mixed trail of gravel and paved roads, connecting the plain of Imola area to the Appennines, from Mordano to Castel del […] 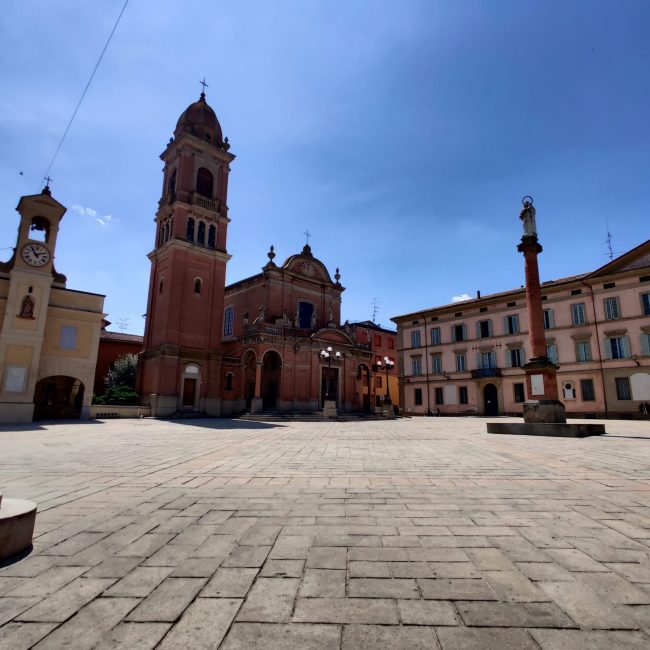 Situated at the foot of Bologna greenest hills, between Emilia and Romagna, Castel San Pietro Terme revolves around thermal and slow tourism. 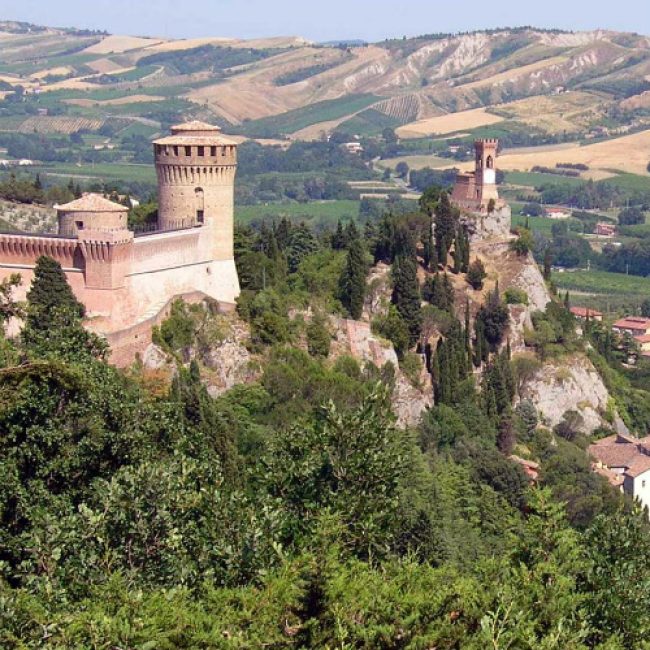 Closeby Faenza, the village of Brisighella preserves fascination of its Medieval origins, surrounded by incredible nature. 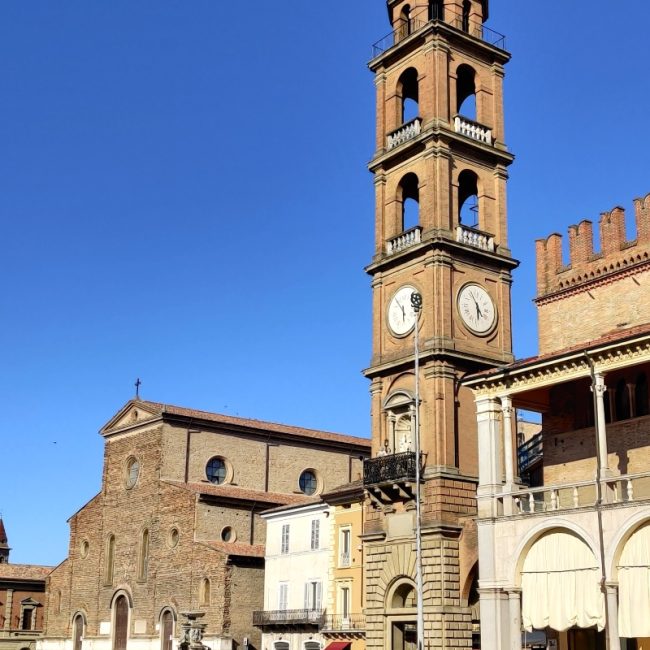 Faenza is located on Via Emilia, when it crosses the ancient road connecting Ravenna port to Tuscany. It is world famous for the production of ceramics. 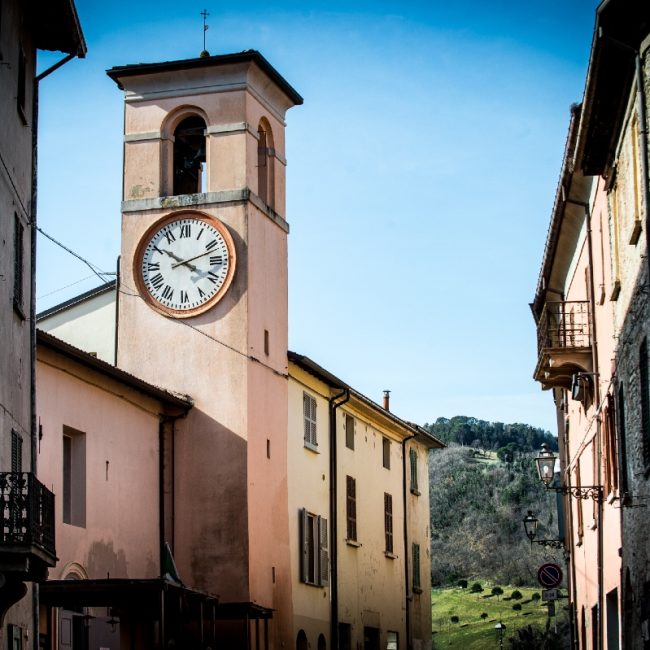 The village of herbs anf forgotten fruits Casola Valsenio, together with Brisighella, is the mountain side of the Province of Ravenna. Traces of the first inhabitants date back to Prehistoric age. This part of Senio Valley was colonized at the end of the first millennium with the foundation of Benedictine Abbey of Valsenio. In the following centuries, the economic, political and social role moved to fortresses on the hills, such as the Castle fo Casola. It was later demolished in 1216 by Faenza. The ones who escaped took shelter in a closeby borgo, rising on a natural terrace where river Senio merged with river Casola. After Second World War, Casola Valsenio asset was upset by an exodus of the farmers families towards the plains in Valley and towards the city. The close connection between the territory and the officinal plants, Lavender before anything else, eased the birth and development of the Herb Garden Augusto Rinaldi Ceroni. Many cultural events connected to the theme of aromatic and officinal plants liven up the town all year round. For further information, visit the website.

Art and culture Food and Wine Places Sport and Nature 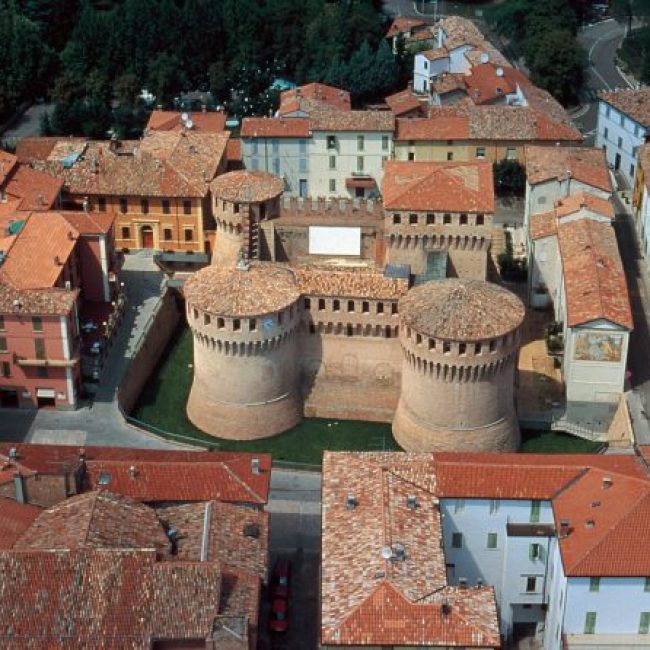 City of waters and history Riolo Terme is one of the most famous and prestigious centers for thermal baths and curative treatments in Italy. It is located on a small and luch hill, above Senio river. The old part of the town story begins in fourteenth century, with the building of strong walls around the Fortress. The more recent part extends towards the majestic Parco delle Terme, a perfect “fin de siècle” park. The name Riolo comes from “Rio Doccia”, a modest watercourse running close to the Fortress. For more than two centuries, the river was called “Riolo Secco”, meaning small dry river. In 1914, because of the therapeutic characteristics of the waters springs in the surrounding area, the name Riolo dei Bagni was adopted. It was only in 1957 when the thermal station reached national importance and the name of the city was changed in todays’ Riolo Terme. 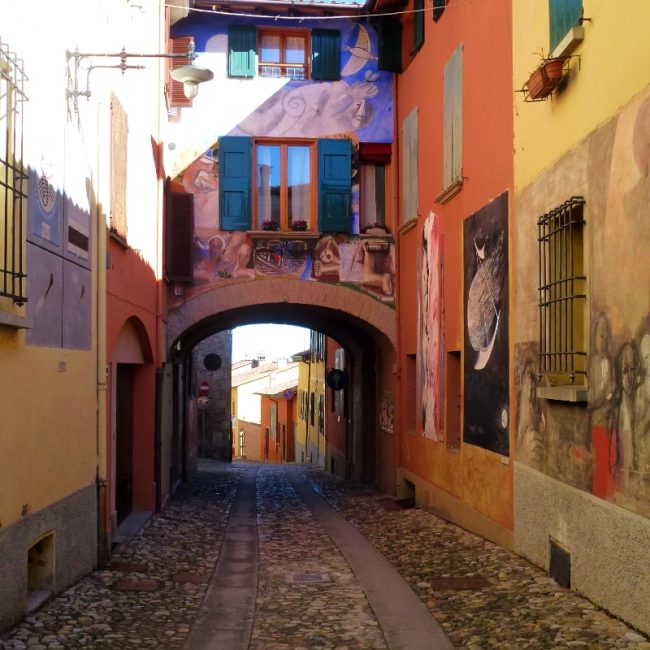 The Medieval Village of Dozza, one of the 100 “Most Beautiful Towns in Italy” is located south of Bologna, 6 km from Imola. 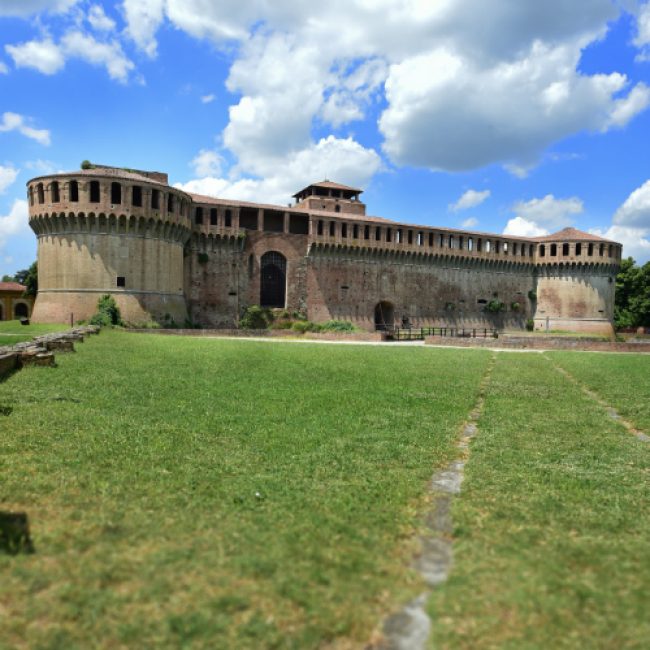 Known all around the world for its racetrack, Imola is the ideal place where you can spend a couple of days enjoying culture and delightful food. 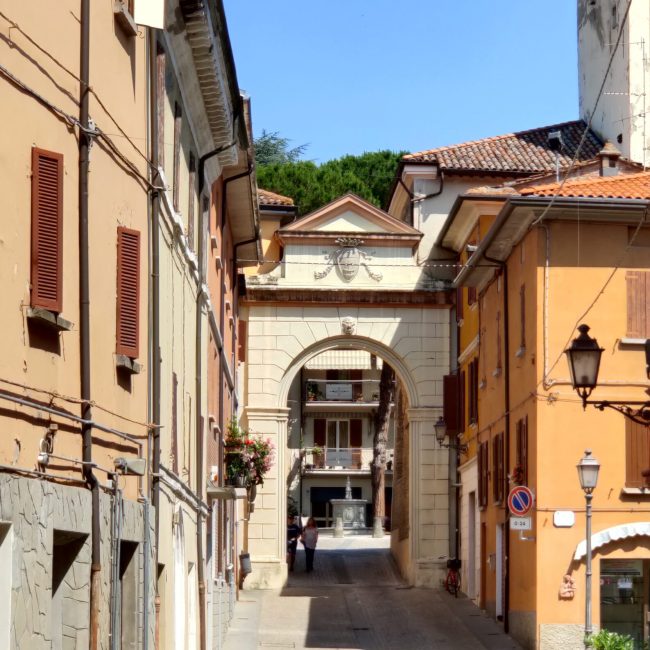 The area The origin of Fontanelice, like that of other inhabited centers in the Santerno Valley, has prehistoric roots. Scattered fragments from the stone age are testament to its ancient roots. The remnants of its historic path become more numerous as we travel through Villanovan, Etruscan, Celtic and Roman periods. The subsequent urban development with medieval character can still be seen today in the layout of the inhabited center. It is centered around the square on which the former public palace faces, today it is the home of the Giuseppe Mengoni Archive Museum. Fontanelice sided with Imola in the fights between Guelphs and Ghibellines, but later joined Bologna against Imola, allying with Tossignano. During the feudal period, it passed into the hands of the Alidosi family, owners of much of the surrounding area, until 1424, when it became a territory governed by the papcy. Renowned for its wines and gastronomic specialties, Fontanelice offers a rich calendar of cultural events. The territory of Fontanelice is crossed by Santerno Valley Cycling Path: a scenic bike ride for any kind of cycling tourist who wishes to be surrounded by nature. Santerno Valley Cycling Path is a mixed trail of gravel and paved roads, […]

Art and culture Food and Wine Places Sport and Nature 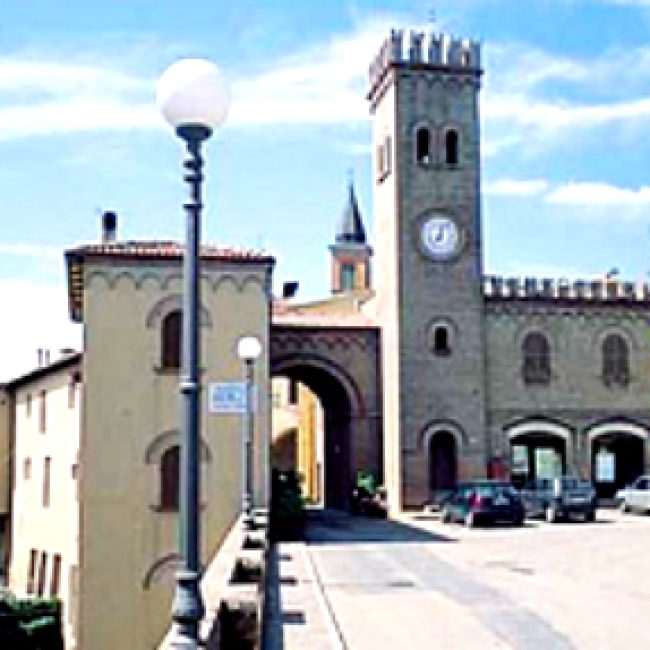