Medicina is located in the Eastern lands of Bologna Metropolitan city. The city takes its name from the Latin “medicina” meaning “place dedicated to health and therapy”.
The old legend tells the story of a miraculous recovery of Emperor Frederick I of Swabia, called Barbarossa.
He fell ill in these lands and his healing is connected to a special soup, which contained a snake.
The Emperor named the the city Medicina to celebrate his sense of gratitude towards the land and widened its autonomy and dominion.

Walking around town, there are many churches, bell towers and a tower in Baroque style.
Notable buildings are the Carmine church, San Mamante church and Assunta Church. Prandi Palace perfectly reflects the prized architecture of the town. 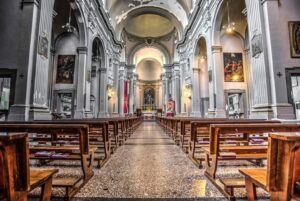 When to go and what to see

In spring time and autumn, it is possible to visit Oasi del Quadrone: it has been a nature reserve to protect flora and fauna since 1985 in the Bologna Metropolitan City.

In about 270 hectares, a valley, a humid woodland and field, and many areas offer shelter to many animal and plant species. An itinerary starting at the visitors center leads to the discovery of the different environment.

Visitors center Radio Telescopes named “Marcello Ceccarelli” is dedicated to one of the founders of Italian radiostronomy.
Inauguated in 2004 and renovated in 2014, this center offers orginal and unique contents on an international level.
Designed for individual visitors and schools, visitors are led to the discovery of radiostronomy, the instruments used to investigate the universe and radio frequences and updated projects active on a national level. 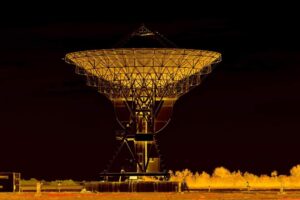 Golden, white or red, Medicina’s typical onion is an excellence of this territory, protected since 2004 by Medicina Onion Association, representing producers and distributors.

The third weekend of September hosts the reenactment of evocative atmospheres with Barbarossa Legend and the Snake Palio.
History, lengends and fantasy are the main ingredients of the collective creativity giving life to the Medieval atmosphere of the city.
Castellans are ready to welcome the Emperor, the Castle celebrates, tower keepers prepare banquets and toasts, with typical dishes and drinks from this area.
Over 2000 castellans in full medieval cosume enliven the squares and streets of Medicina.